HOW COME ASKING SOMEONE TO GO HOME IS A RACIST REMARK?

The non-Malays went berserk when they heard how the Principal in Sekolah Menengah Kebangsaan Tunku Abdul Rahman Putra, Kulai, Johor insulted their children, by asking the Chinese to go back to China and the Indians of wearing dog-chains.
I am not a racist, though I admit that I started to doubt that now. I personally don’t agree with racist remarks from anybody especially coming from a teacher. But with the racist sentiment filling up the air uncontrollably, lately, I understand fully, how this teacher has come to this point.
A teacher wouldn’t be uttering such words without a good reason. Something must have triggered the words and I believe, she was provoked into saying it just like what the DAP and MCA is doing to the government, UMNO and the Malays lately.
We are already choking, and it looks like nothing could be said or done could purify the air for now.
I do believe that the ‘dog-chain’ thing is too much. The Principal should apologize on that and if action is to be taken, then be it.
But, I didn’t know that coming from China is something insulting. Asking someone to go home is not at all a racist remark.
Especially when the Chinese made it clear how proud they are to be Chinese from China . They look up upon Mao Tze Tung and all the great warriors of China and never share the same proudness towards our Hang Tuah, Tunku Abdul Rahman, Mat Kilau and other Malaysian heroes just because these Malaysian heroes are not of Chinese ethnic.
The Chinese despise Malaysia , Malays, our Kings, our language and everything, so why the hell don’t they go back to China ? It is just natural for the Principle to tell their kids to go back to China , where their hearts and souls belong.
Only in Malaysia , we see people go crazy, stomping their feet, insisting that they are Malaysians but at the same time don’t want anything to do with Malaysia .
Only in Malaysia , we see people who insist that they are Malaysians but couldn’t even speak Bahasa Malaysia .
Only in Malaysia , we see people who want to be treated equally as the original settlers but cunningly try to re-write the Malaysian’s history and constitution.
Only in Malaysia , we see people who claim to be Malaysians but cannot even sing the National Anthem!
Only in Malaysia , we see people who fight for equality but insist on going to vernacular schools.
No other multi-racial country in the world would tolerate vernacular schools except Malaysia .
No other multi-racial country in the world would give equal privilege, rights or acknowledgment on the importance of other culture and language to be taught and nurtured among the youngsters.
Only in Malaysia we see minority own 81% of the economic cake and it is still ain’t enough.
Only Malaysian Chinese would ask for Namewee to be forgiven and look up upon the person and even set up a fan club.
And only Malaysia , would forgive someone like Namewee.
The fact that Malaysia has come this far and that the Malaysian Chinese have achieved so much doesn’t seem important anymore.
Of course there are few Chinese students who didn’t get scholarships despite being poor, but there are Malay and Bumiputra students with the same fate too. The problem lies in the implementation of the system, not the race. We have to stop looking at things from the race point of view.
In order to do that, maybe the Chinese first need to look at it from the non-Chinese point of view: what if you didn’t get promoted even when you have proven to be the best employee just because the Chinese management wants only Chinese to hold top posts?
Or you did not get the job even when the interviewer admitted that you are the best candidate, and tell you to your face that they can’t hire you because you are not a Chinese?
Only Malaysian Chinese can hire a new, dumb guy to become your boss, rather than promoting you to the post because the new, dumb guy is a Chinese and you’re not.
Only Malaysian Chinese who want to hold top posts in government sectors but will never ever open top posts for other races in the private sectors dominated by them.
Only in Malaysian Chinese we see a clear practice of double standard and bias when questioning about the positions and employment opportunities in government sectors as compared to private sectors.
Only in Malaysian Chinese, we see zero tolerance, total greed and unlimited hatred.
Only in Malaysian Chinese we see that greed, intolerance, hatred and double standards are acceptable values.
So, how do the Malaysian Chinese interpret equality, actually?
How do the Malaysian Chinese prove that they deserve to be treated as Bumiputras or even call themselves Malaysians?
Could I get a straight, simple answer to these simple questions?

http://sribuana.blogspot.com/2010/09/kesedaran-terpencil-kaum-cina.html#ixzz0yKJ23SBU
Posted by Apache at 1:46 PG 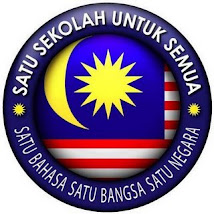 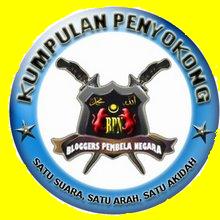 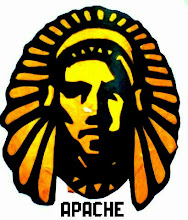